Suicide is when people direct violence at themselves with the intent to end their lives, and they die as a result of their actions. Suicide is a leading cause of death in the United States.

A suicide attempt is when people harm themselves with the intent to end their lives, but they do not die as a result of their actions. Many more people survive suicide attempts than die, but they often have serious injuries. However, a suicide attempt does not always result in a physical injury. 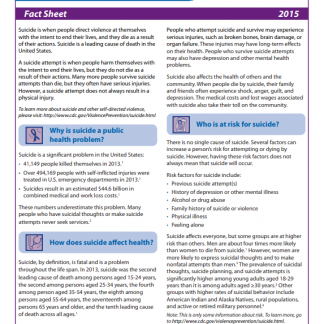