The overall prevalence of current cigarette smoking declined significantly in approximately half of U.S. states during 2011–2013 (1); however, differences in any cigarette and/or smokeless tobacco use exist between sexes and among racial/ethnic groups and states.  Kimberly H. Nguyen, MS; LaTisha Marshall, DrPH; Susan Brown, MPH; et al. 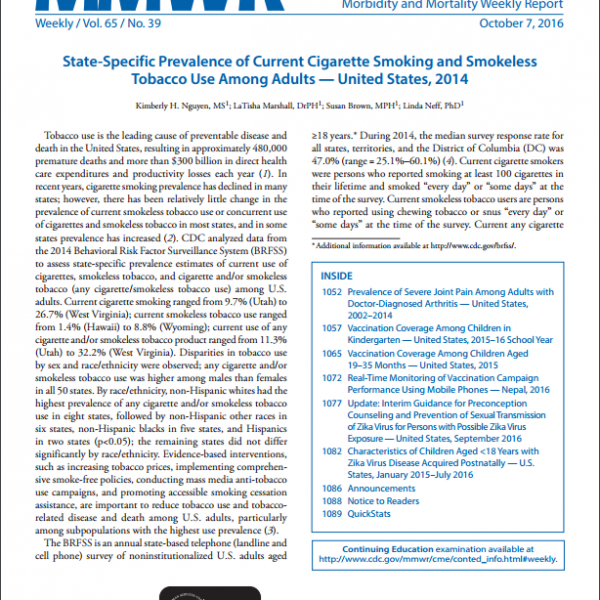 You're viewing: State-Specific Prevalence of Current Cigarette Smoking and Smokeless Tobacco Use Among Adults — United States, 2014 $0.00
Add to cart