The threat posed by heroin in the United States is serious and has increased since 2007. Heroin is available in larger quantities, used by a larger number of people, and is causing an increasing number of overdose deaths. In 2014, 10,574 Americans died from heroin-related overdoses, more than triple the number in 2010. Increased demand for, and use of, heroin is being driven by both increasing availability of heroin in the U.S. market and by some controlled prescription drug (CPD) abusers using heroin. CPD abusers who begin using heroin do so chiefly because of price differences. 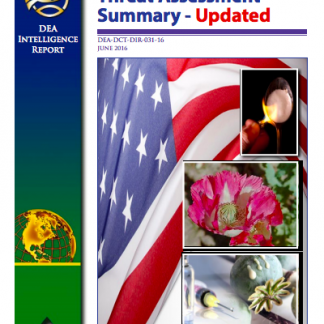