National Estimates of Marijuana Use and Related Indicators — National Survey on Drug Use and Health, United States, 2002–2014

Marijuana is the most commonly used illicit drug in the United States. In 2013, 7.5% (19.8 million) of the U.S. population aged =12 years reported using marijuana during the preceding month. Because of certain state-level policies that have legalized marijuana for medical or recreational use, population-based data on marijuana use and other related indicators are needed to help monitor behavioral health changes. This report describes national trends for prevalence of marijuana use; initiation; perception of harm risk, approval, and attitudes; perception of availability and mode of acquisition; dependence and abuse; and perception of legal penalty for marijuana possession. 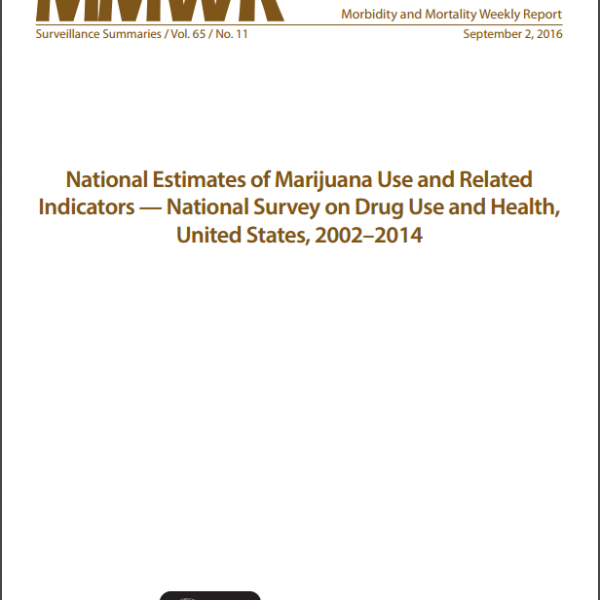 You're viewing: National Estimates of Marijuana Use and Related Indicators — National Survey on Drug Use and Health, United States, 2002–2014 $0.00
Add to cart