Approximately two thirds of cigarette smokers are interested in quitting, and in 2015, approximately half of smokers reported receiving advice to quit from a health professional and making a quit attempt in the past year. However, fewer than one third of smokers who tried to quit used evidence-based cessation treatments, and fewer than one in 10 smokers overall successfully quit in the past year. As of 2015, approximately three in five adults who had ever smoked had quit.
Publication Date: 1/17 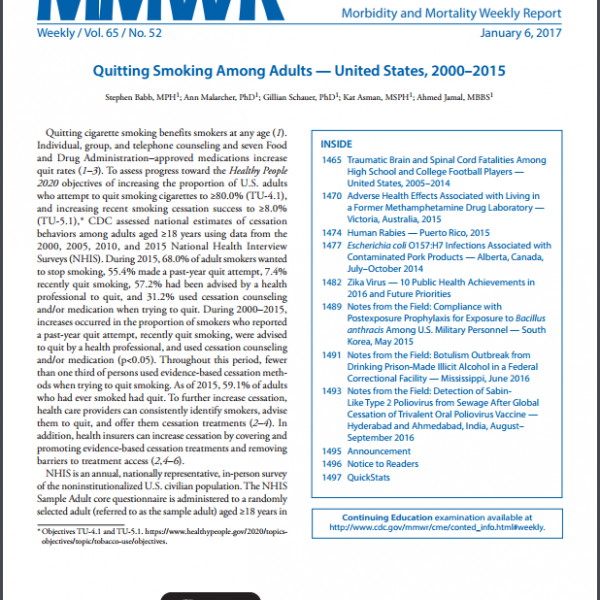