It is important to assess opioid medication use among all women of reproductive age. CDC used Truven Health’s MarketScan Commercial Claims and Encounters and Medicaid data* to estimate the number of opioid prescriptions dispensed by outpatient pharmacies to women aged 15–44 years. During 2008–2012, opioid prescription claims were consistently higher among Medicaid-enrolled women when compared with privately insured women (39.4% compared with 27.7%, p<0.001). The most frequently prescribed opioids among women in both groups were hydrocodone, codeine, and oxycodone. 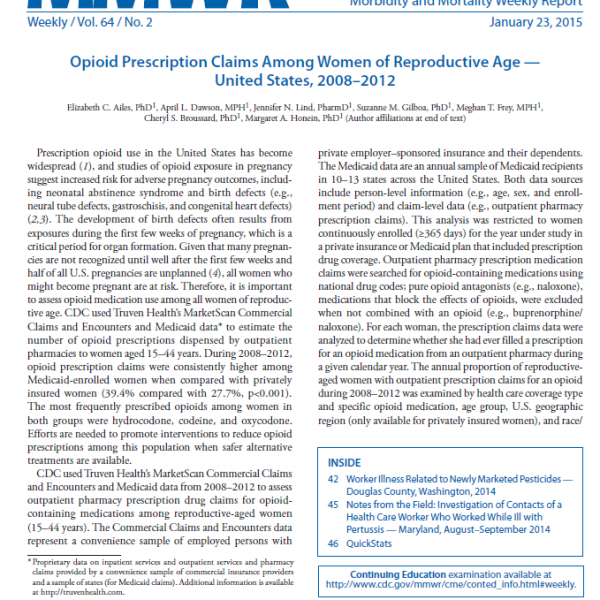