The U.S. opioid epidemic is continuing. Drug overdose deaths nearly tripled during 1999–2014. In 2014, among 47,055 drug overdose deaths, 61% involved an opioid. During 2013–2014, deaths associated with the most commonly prescribed opioids (natural/semisynthetic opioids) continued to increase slightly; however, the rapid increase in deaths appears to be driven by heroin and synthetic opioids other than methadone.
Rose A. Rudd, MSPH; Puja Seth, PhD; Felicita David, MS; Lawrence Scholl, PhD
Vol. 65 December 2016 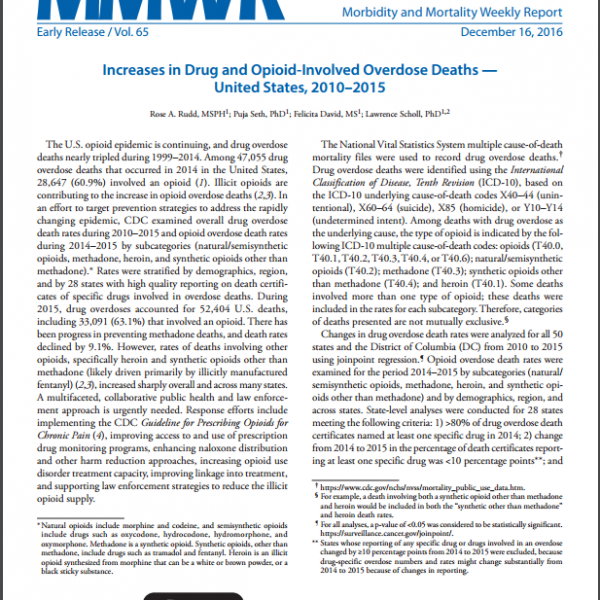