View cart “Alcohol: A Women’s Health Issue” has been added to your cart.

Drug poisoning (overdose) is the number one cause of injury-related death in the United States, with 43,982 deaths occurring in 2013. While much attention has been given to deaths involving opioid analgesics, in recent years there has been a steady increase in the number of drug-poisoning deaths involving heroin. A recent study using data from 28 states reported that the death rate for heroin overdose doubled from 2010 through 2012. Using data from the National Vital Statistics System, this data brief provides a description of trends and demographics for heroin-related drug-poisoning deaths in the United States from 2000 through 2013.

Publisher: HHS and CDC and NCHS 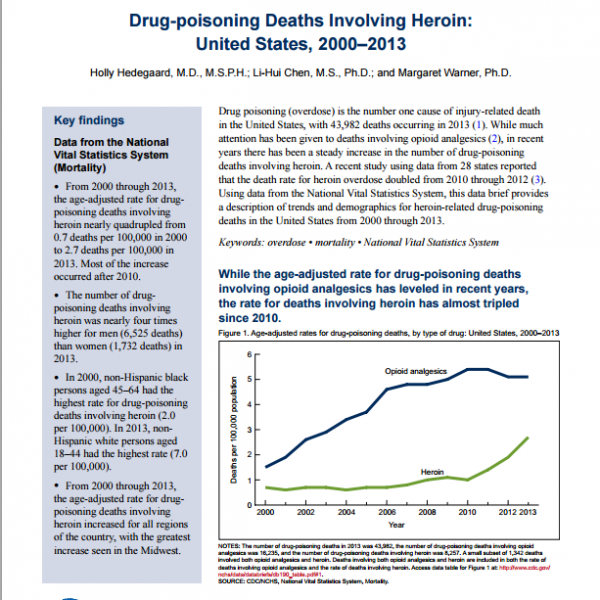