View cart “Alcohol: A Women’s Health Issue” has been added to your cart.

CDC Vital Signs: Motor Vehicle Crash Deaths: How is the US doing?

Reducing motor vehicle crash deaths was one of the great public health achievements of the 20th century for the US. However, more than 32,000 people are killed and 2 million are injured each year from motor vehicle crashes. In 2013, the US crash death rate was more than twice the average of other high-income countries. In the US, front seat belt use was lower than in most other comparison countries. One in 3 crash deaths in the US involved drunk driving, and almost 1 in 3 involved speeding. Lower death rates in other high-income countries and a high percentage of risk factors in the US suggest that we can make more progress in reducing crash deaths. 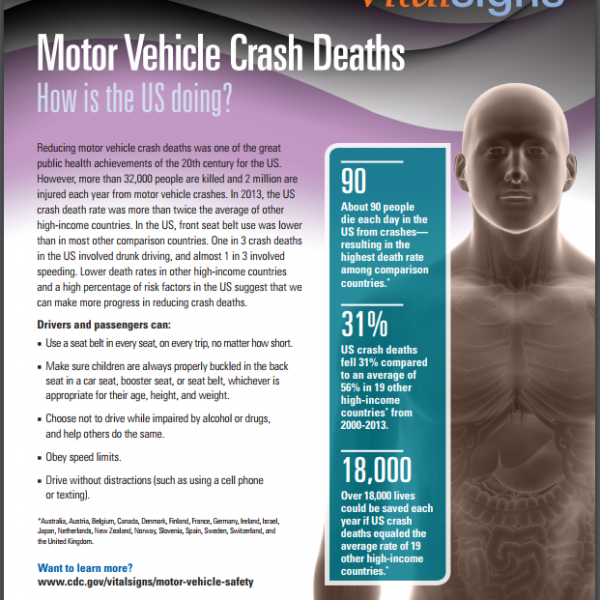 You're viewing: CDC Vital Signs: Motor Vehicle Crash Deaths: How is the US doing? $0.00
Add to cart